Fortnite Chapter 3 Season 3 revolves around 'Vibin'. This means that there are a lot of new cosmetics you can unlock by completing Battle Pass.. 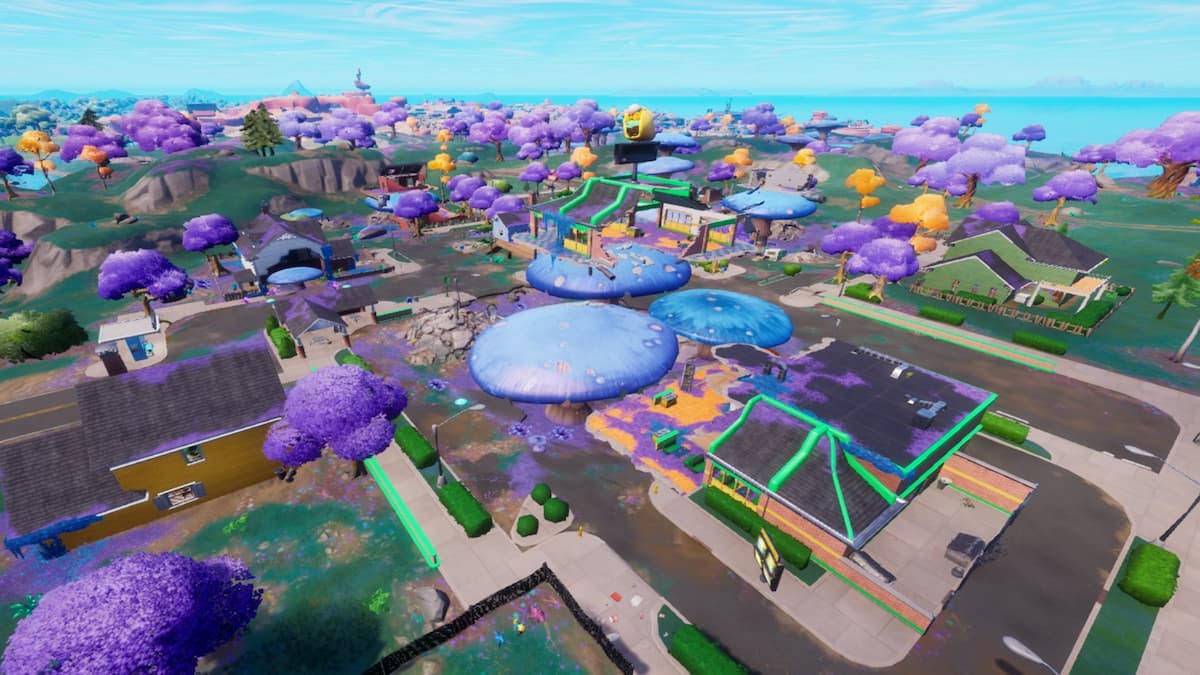 Screenshots of the New Fortnite Map & Their Locations

Let's get right into it. Here's a look below at Fortnite's new map.

The southwest corner has seen the most dramatic changes. Greasy Grove remains, but it has been given a new coat of paint by Fortnite leaker, HYPEX.

The entire area has been transformed into a psychedelic forest, teeming in mushrooms like we saw in yesterday's 'vibin" downtime image. Camp Cuddle, located just north of Greasygrove, has been replaced by Reality Falls. This is where players will find the new Reality Tree. See the screenshot below.

Command Cavern has been demolished and Rave Cave has taken its place. It has an air loop around it, and the Cuddle Leader head sticking out of the top.

We will soon have a complete breakdown of all the new locations and POIs in Fortnite's map. Please check back often for more information.

The statue of the island to the east of the map's map has been altered, with only the legs left and a slew of colors splashed across it. There are also a few buoys and colorful paints on the bay.

It appears that the rest of this map has not been changed. Except for a few islands in the archipelagos being removed, the entire east section remains unaltered. The desert section is also largely unchanged. Tilted Towers is currently being rebuilt so this is not all bad news. This will likely return to its former glory over the next weeks of Fortnite Chapter 3 Season 3.

After we have had a chance to look at the map, we will run through the entire list of Fortnite map locations, POIs, and changes. You can find more information on Chapter 3 Season 3 at the links below.