Top Gun: Maverick is a better and more pleasant version of the 1986 original

> Image: Paramount Pictures The long-awaited sequel cements Tom Cruise’s place as a blockbuster auteur and a clever builder of brands “I don’t.. 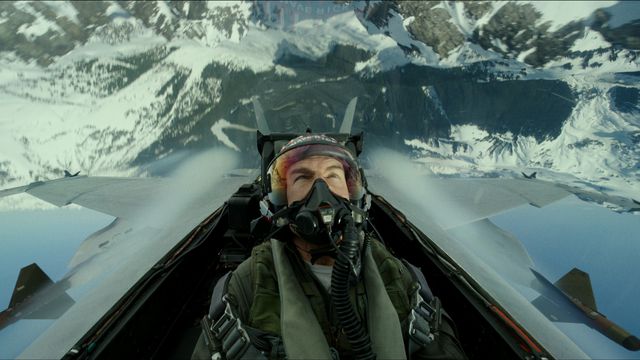 “I don’t like that look, Mav,” says Warrant Officer Bernie “Hondo” Coleman (Bashir Salahuddin) as Captain Pete “Maverick” Mitchell (Tom Cruise) settles into the cockpit of an experimental plane early in Top Gun: Maverick. Just as in the original 1986 Top Gun, Maverick is about to disobey orders. This time, he intends to take his sleek black aircraft on a Mach 10 test flight. The look Hondo doesn’t like to see in Cruise’s green eyes is one of daring, heedless resolve, and one thousand percent commitment. “It’s the only one I got,” Maverick says.That statement describes Cruise as well. It’s hard to think of another actor who has so relentlessly chiseled away at his onscreen personality over the course of a career until there’s nothing left but a single-minded, single-sided icon. Cruise was always protective of his image, but he used to be ambitious and hungry enough for recognition as an actor that he was willing to take risks. In his 1980s heyday, he had a “no guns, no sequels” rule to force himself to keep moving, and to keep a dramatic impulse at the heart of his work. He worked with such legendary directors as Martin Scorsese, Stanley Kubrick, and Steven Spielberg, and challenged his self-image in the likes of Paul Thomas Anderson’s Magnolia and Michael Mann’s Collateral. But the Oscar he craved never came.Seeing the future of franchise entertainment coming, Cruise built the Mission: Impossible series around himself as both star and producer. The guns and the sequels started lining up. After Cruise’s spasm of self-parody in Tropic Thunder and Rock of Ages, his attempts to interrogate his own persona or to convey human qualities beyond heroism and determination dried up. In films these days, he clenches his jaw, runs fast, and jumps off things. He hand-picks journeyman directors, exerts obsessive control over the productions he stars in, and orchestrates death-defying practical stunts with himself at the center. He’s more a deluxe modern daredevil than an actor now — a superstar showman who catapults himself into oblivion while a planet looks on and gasps. 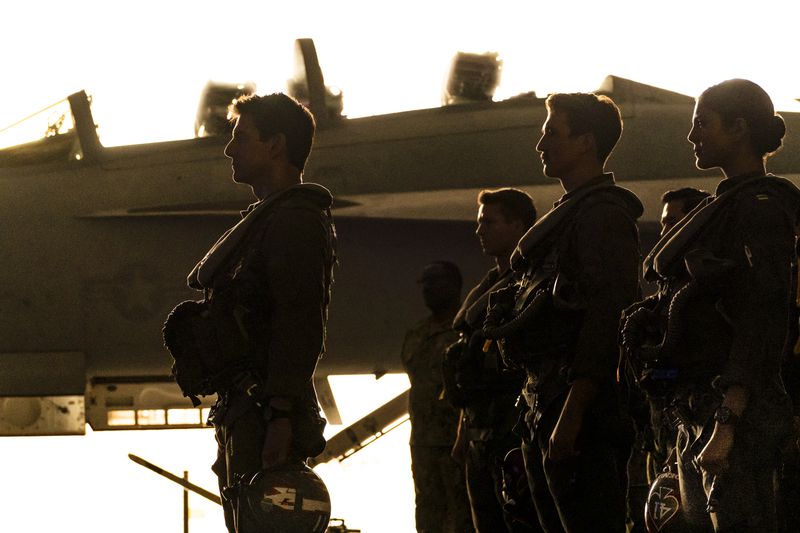 Photo: Scott Garfield/Paramount PicturesFor those of us who miss him bringing his weird magnetism to dicey dramatic roles, it’s a shame. But he’s also gotten very good at what he’s been doing instead. The Cruise brand, as expressed in the last two Mission: Impossible films in particular, is now a rarefied kind of big-ticket movie spectacle: bygone craft and no-expense-spared production values in the service of jaw-dropping practical action, high suspense, and cathartic release. It’s a guaranteed good time at the movies. Top Gun: Maverick applies this modern Cruise formula to a revival of his star-making 1986 role, bringing epic nostalgia into the mix.It wasn’t guaranteed to work. Top Gun, a hyped-up sports drama about competitive young naval fighter pilots,was a massive hit, and must be one of the most famous films of the last 50 years to never have had any kind of follow-up. Its iconography is hard-baked into pop culture. But it’s also a bizarre cultural relic, a kitschy portal to the vacuous subconscious of 1980s America. Nowadays it’s more notable for its subtexts of sweaty homoeroticism and military propaganda than for its qualities as a film, which, aside from some stunning aviation scenes, are few.For Cruise’s filmmaking team — including director Joseph Kosinski (Tron: LegacyOblivion), original Top Gun producer Jerry Bruckheimer, and Cruise’s right-hand man Christopher McQuarrie on script and production duties — retreading this empty-headed hyper-masculine nonsense for a modern audience wasn’t an option. But distancing themselves from it wasn’t, either. Branding is very much the point, to the extent that the opening minutes of the film are an exact, shot-for-shot copy of Tony Scott’s aircraft-carrier montage from the original. The hits keep coming: “Great Balls of Fire” on a bar piano, Cruise riding his Kawasaki bareheaded as a jet screams past, shirtless beach sports, romance in bomber jackets, vintage Porsches, smoldering sunsets, young bucks squaring off, and superior officers chewing Maverick out again and again. 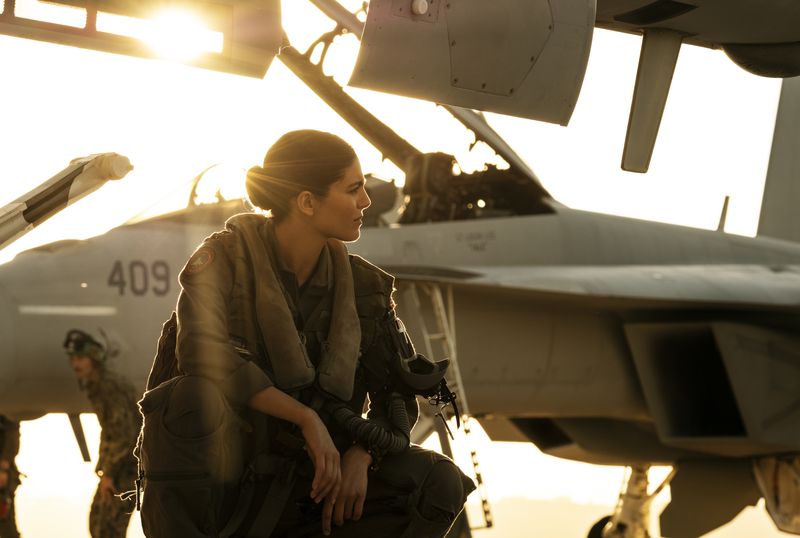 Photo: Scott Garfield/Paramount PicturesIt’s a slavish tribute to the first Top Gun. But it’s also a better film, and perhaps more importantly, a much nicer one: more grown-up, more generous, and more lighthearted, in line with its more mature star.More than 30 years after the action of the first film, Maverick has become a hotshot test pilot, but he’s never been promoted past the rank of captain, and he’s at risk of being left behind in a brave new world of remote warfare. His old rival Iceman (Val Kilmer, who makes a surprisingly moving cameo), now an admiral, summons Maverick back to the Top Gun fighter-pilot training base to school a squadron of young pilots in the skills they’ll need to fly a dangerous mission behind enemy lines. Among those pilots is Bradley “Rooster” Bradshaw (Miles Teller), son of Nick “Goose” Bradshaw, Maverick’s late friend and copilot. Rooster resents Maverick for his father’s death and for stalling Rooster’s Navy career by pulling his flight-school application papers. Maverick, for his part, doesn’t know whether to challenge or coddle the younger man.These are the bones of a simple, sturdy Hollywood drama, predictable perhaps, but with a heart where the first film didn’t have much more than aggressive striving. By contrast, Maverick is almost tender. Teller and Cruise find a lovely, devil-may-care rhythm together, and the film takes as much time as it can with a bustling supporting cast. Among the other trainees, Glen Powell gets a slightly rough deal as Iceman stand-in Hangman, but Monica Barbaro and Lewis Pullman blaze with charm as earnest pilot duo Phoenix and Bob. (Yes, his callsign is just Bob.) Jon Hamm gamely scowls through the role of the hardass admiral, doing the heavy lifting on behalf of elder statesmen Ed Harris and Kilmer, whose poor health and faint rasp of a speaking voice preclude anything more than one touching scene with Cruise. 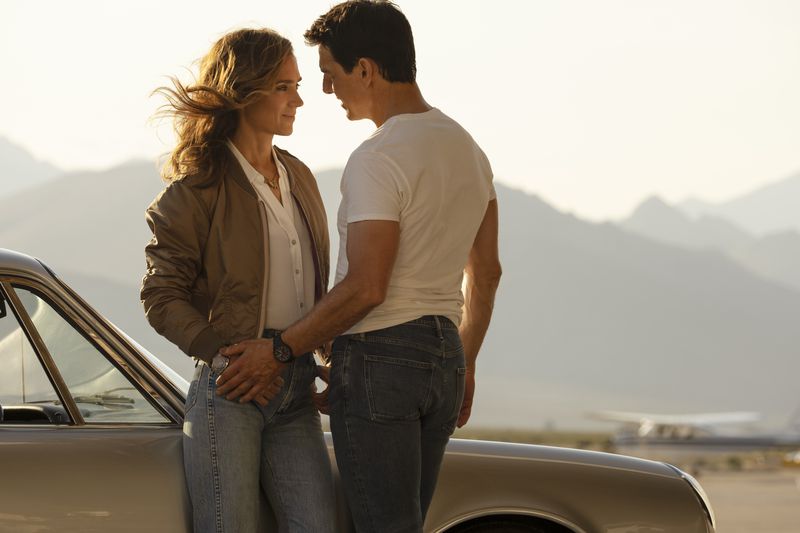 Image: Paramount PicturesJennifer Connelly, as Maverick’s old flame Penny, shoulders the burden of a romantic subplot that’s not only redundant on its own terms, but forced to echo the legendarily mismatched, chemistry-free pairing of Cruise and Kelly McGillis in the first movie. Cruise, whose intense hunger has always been directed inward, has never made a natural romantic partner. If Connelly fares better with him than most have, it might be because Cruise seems almost relaxed in this movie. He smiles a lot, more than he has in years. Riding his motorbike, flying his plane, playing football with the younger cast members in the surf — he just keeps uncorking his dazzling, weapons-grade grin. Sometimes it seems involuntary, like he’s just having that much fun.On one level, it’s strange that Cruise has held out against a Top Gun sequel so determinedly and so long. He’s an aviation enthusiast and a skilled pilot. This world clearly gives him life. He’s always maintained he was waiting for the right story, but perhaps he was also waiting until he came into his own as an action-movie impresario, and had the clout and the vision as a producer to stage the show he wanted. That show is an absolute barnstormer. The aerial action sequences, shot practically with real aircraft, are astounding. Kosinski lacks Tony Scott’s stylistic eye (though he can crib Scott’s sultry look well enough when he needs to), but he’s a formidable technician and a careful architect. The sheer veracity of the footage, much of it captured by the cast in-cockpit as they physically strain through high-G maneuvers, will — sorry, there’s no other way to put it — take your breath away. The compositions are sharp, the editing propulsive. The sound design and music (credited to the unimaginable power trio of Hans Zimmer, Harold Faltermeyer, and Lady Gaga, with Lorne Balfe on production) are huge. It’s overwhelming, immersive, thrilling action filmmaking.

Image: Paramount PicturesThe film does eventually turn toward a mission into enemy territory, but the nature of that enemy — the geopolitics of this story in general — is all kept vague. The talk isn’t about political conflict, it’s just about duty, comradeship, and survival. Top Gun: Maverick will be scrutinized for its politics, and rightly so — it’s the offspring of a notorious slice of military propaganda from the height of the unquestioning Reagan era. What place could it possibly have in today’s world, which already looks very different from the world in which it was filmed four years ago?Watching the film, though, its political dimension doesn’t feel that relevant. This is obviously a work of cultural rather than political nostalgia. Kosinski and company wrap themselves up in the fantasy of the first film while taking pains to place it in a more caring, inclusive context. The filmmakers also understand, and occasionally refer to, the fact that this romantic fantasy of daring airmen is about to become obsolete, as drone warfare replaces live pilots. But that doesn’t mean there are no consequences to invoking it.If there’s something worth salvaging from that era — and from Top Gun — it’s the sense of optimism that used to dominate ’80s action movies. That and the belief that the simplest, corniest story, if told with enough skill and conviction, can delight everyone in the world. Top Gun: Maverick has both these qualities in abundance. They’re embodied in Tom Cruise, who is the auteur of his own myth, and might be the last true movie star. He wants to show you a good time, and he will. But more than that, he wants to take off and never come back down. Top Gun: Maverick arrives in theaters on May 25.