Review: Various Daylife – A simple but repetitive JRPG that is best for bite-sized sessions

Captured on Nintendo Switch. It seems that Square Enix may be using an AI to generate random titles for its Underlined Serif Title RPG Series... 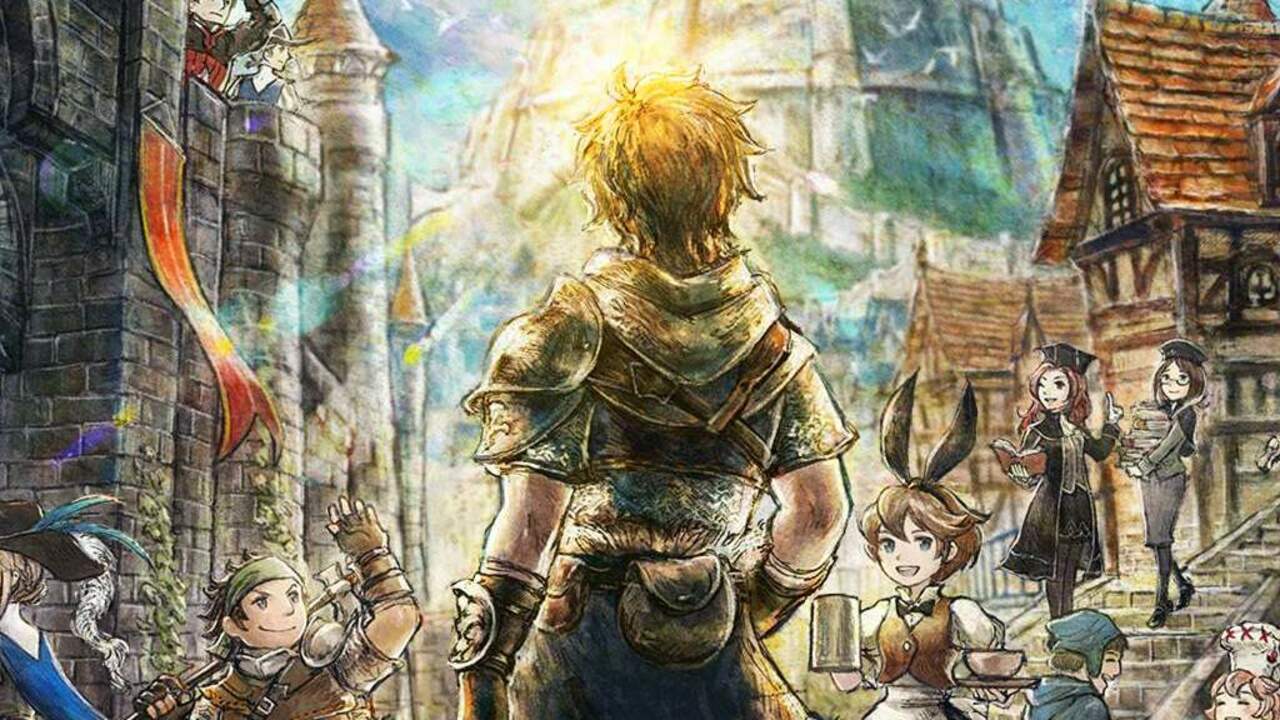 It seems that Square Enix may be using an AI to generate random titles for its "Underlined Serif Title RPG Series". Triangle Strategy felt it was pushing the boundaries, but now we have the wonderful Various Daylife. This new low-key RPG by Team Asano was launched on Apple Arcade's subscription service. It is now available for purchase on Switch at a low, but still high price of 30 bucks. Various Daylife offers a small-sized version of the gameplay that made titles such as Octopath Traveler and Bravely Default so popular. It also proves that "less is more" can be applied to playtime.

Your character arrives in Erebia, a new continent, to begin the story of Various Daylife. Erebia is a part of an ongoing colonization effort. There is still a lot of unexplored land and mystery beyond the city's boundaries. Your character joins an expedition team to help expand the city. During the excursions, your character will do odd jobs, making friends and forming new alliances. The story is not defined by a single plotline; it's a collection of smaller stories that intersect and make up the majority of the Various Daylife experience.

You can share your stories with your friends at events similar to Persona's social connections and learn more about their pasts. A priest is one example of someone who has a problem with his drinking due to the extra weight he gained from listening to the beleaguered members of his congregation. A jolly warrior recounts how he formed a "found family" after being so lonely for so many years. You will discover that your party members have much more to them than what the stereotypes may suggest. This character-focused direction ultimately leads to a satisfying plot.

The gameplay of Various Daylife feels a bit odd and almost like a JRPG. It's not a bad game, but this does mean that you need to adjust your expectations in order to get the best out of it. You will spend most of your time picking up different jobs for your character, such as serving at the local tavern and culling the tigers that are attacking merchants. These jobs aren't your actual job, but you can select them from a list and your character will immediately do them, while time jumps ahead another half-day.

Although you may be selecting from a list of options, there is a lot more to your work life than that. Every job will net you EXP that will allow you to level up your character. It will also give you EXP for your individual stats. If you manage to increase them, they will go up tremendously. Each job will have a different mix of stats it bumps up, and there may be one or two stats the job will take away. The problem is that every day two stats are randomly chosen and given EXP multipliers to gain and lose. The difficult task of choosing your next job is to balance multipliers and maximize the utility of those stats while minimising the losses.

You should also take into consideration the job's stamina cost and morale cost. Each job has a decline in both, and both can lead to more negative outcomes if they aren't taken care of. A lower morale can lead to 'failing' jobs, which will result in a decrease in your salary. A decrease in stamina can lead to an accident, which could result in you being on bed rest for several days and causing significant losses to your stat EXP. While resting will increase your stamina, spending time with friends can boost your morale. However, choosing either option means you won't be working and will not receive the stat multipliers.

Your job choice will directly impact the classes that you unlock and use in battle. Each party member has their own class and set skills. However, your character can learn all classes with the right time. You can often develop new abilities by doing the right jobs that are related to your class. While it may feel like you have exhausted most of your classes' potential growth, there is almost always another one just waiting to be discovered. Although it's not as complex as the Bravely series' class-hacking system, we still enjoyed the simplified version. It's satisfying to grow your character into a strong and varied jack of all trades. This gives you an increased sense of being able to meet the many foes out there.

You can gather three of your party members and go on an expedition to complete some quests. This is when things begin to look more like a JRPG. Your party will walk straight from left to right while the progress bar fills up. Monster attacks can interrupt this process. Your characters' max health will decrease as you march, increasing the stakes depending on the activity. Sometimes, you are sent to investigate a disturbance. This requires that the bar reach its full capacity. Sometimes you will just need three of the same item from felled monsters, and you can return to your city as soon you have it.

Combat is traditional turn-based, with the addition of the 'chacha-cha' combination system. A character must 'change' the status of an enemy to start a combo. This can be done by getting them wet, or setting them on fire. Once an enemy is affected, they can be 'chained by other characters who also change their status using their attacks. Each new status change adds one to the current chain. Then, a chance attack is used that does more damage for the longer you have the chain. You won't find common enemies that last for long enough to really get to grips with this combo system. However, bosses and minibosses will give you plenty of opportunities to learn about the importance of building chain and increasing damage.

Although managing stat growth and occasionally running expeditions is satisfying in the short-term, Various Daylife's gameplay loop lacks interactivity. You are only told about the various jobs your character does, but the player is limited to one input. You are basically watching a loading screen fill up until the enemy encounter begins again, which brings up the battle screen. You can run along the town to visit different shops and locations. Instead of actually going on a great adventure, you feel like you're always one step away from it. The RPGs that can create the same level of immersion aren't quite as effective here.

This release was initially a budget-oriented mobile game. It doesn't make sense to compare it with Xenoblade Chronicles 3, or something even smaller, Jack Move. Various Daylife clearly wants to create a different experience. Even though it may feel inferior, the effort to make something new is admirable. Developers feel empowered to explore new ideas and they can only evolve and grow over time. Even if the execution isn't perfect every time, it's worth reflecting back on what worked and what didn't. Although Various Daylife might not be a top-selling title, it is a good option for fans who want something different.

Various Daylife seems to have a modified version of last year's Bravely Default II visuals and art style. It features chibi characters with a toy-like sheen. We were not impressed by the visuals. However, we are happy with them, although they don't take too many risks. We noticed that there were many times when a cutscene started and took several seconds for all textures to load into the new environment. This is not a major technical glitch, but it does feel a bit distracting considering the simple visuals.

Various Daylife is an example of an experimental RPG. You'll enjoy this game much more if you keep your time to a maximum of fifteen minutes per day. You'll find the daily stat management, quick quest runs and simple class system to be very useful if you stick within this time limit. You'll quickly realize how shallow the gameplay loop is if you play it for too long. This one is not recommended for people who are obsessed with Team Asano's work or those who just want a light and simple RPG for the Switch. If neither of these describes you, then you don't have to worry about passing.