Review: The Fridge is Red

Is your refrigerator running? You need to run faster! Horror is a very entertaining genre. It's a bit like drama but with a twist. We, as humans are.. 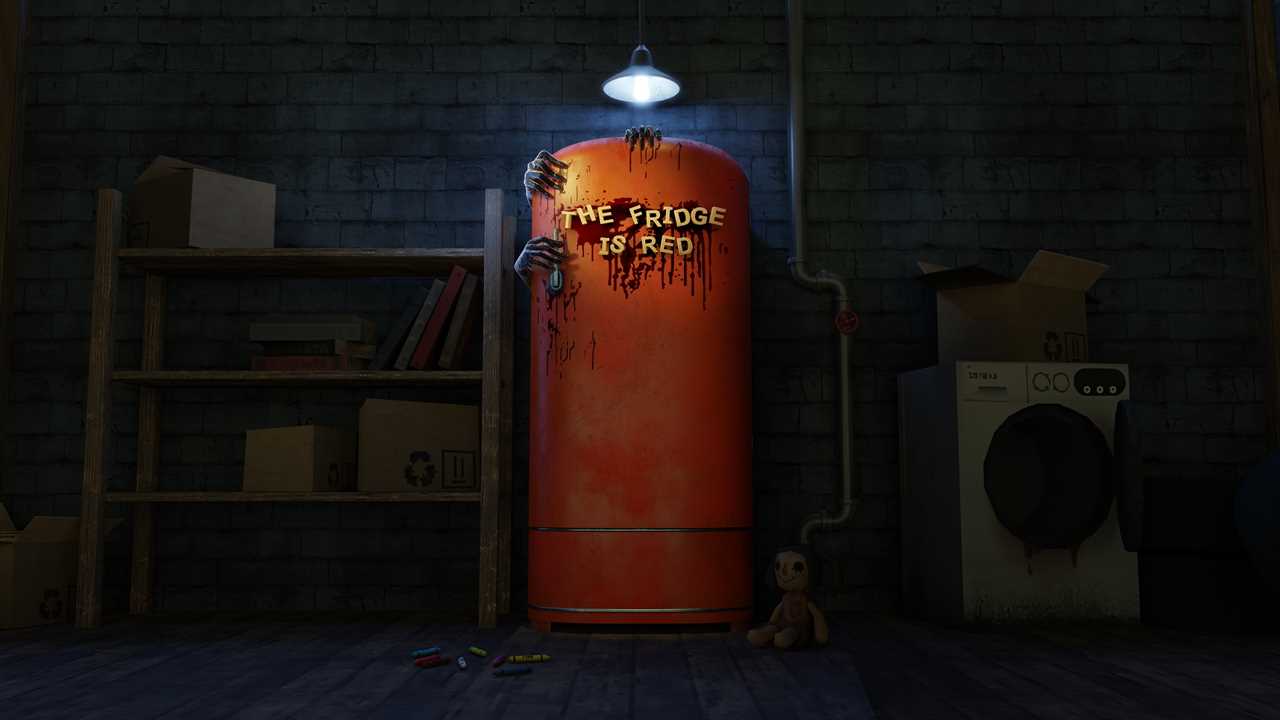 Is your refrigerator running? You need to run faster!

Horror is a very entertaining genre. It's a bit like drama but with a twist. We, as humans are afraid of many things. We are terrified of some things that we have invented on our own. Sometimes, we find that things meant to bring joy are actually causing fear. It's great! It doesn't matter if you have something tangible. Life is a long, horrifying experience.

The Fridge is Red is quite a departure from the usual horror-slasher-slasher grotesqueness I have been enjoying lately. It's more than just psychological. It's also a great example of what my dreams might look like if I could have dreams about anything other than noodles. It fails to impress with almost everything it attempts, despite being visually stunning.

The plot is a little too open-ended. The Fridge is Red is all about grief. It is up to you to decide if you are actually experiencing this grief. While that's great, The Fridge is Red simultaneously offers too many pieces.

It replays the chapters in a manner that shows how they actually occurred. This is the most frustrating aspect of its storytelling. It's not clear about many things but it brazenly reveals what it's representing. I'm not sure why. Although I think I am not getting it, I know I have the complete picture.

It's pretty cool. My fridge is white.

The visual style is where The Fridge is Red excels. It's a low-poly affair with a VHS filter overlaid on top. That's not a novel idea. Its use of lighting and intentional obstruction of details is excellent. It is also convincingly surreal. In some cases it even comes close to being comical, which only increases the fever dream state you're in.

Although it wasn't scary to me, there were moments that I found worthy of a screenshot. The Fridge is Red has a great atmosphere. It feels lonely and isolated in the dark. The hospital is sterile, impersonal. It becomes intentionally confusing.

It loves puzzles in Lost Woods style, where you must follow the directions more closely to succeed. Although it's very effective, it can quickly become tedious.


Today, something is wrong in the fridge

The puzzles can be tiresome. It is a sad reflection of the horrors and absurdities of everyday life. You literally have to wait in line for a while, just waiting for your chance to move on. It's understandable that they did it. But then, later on, you find yourself driving long empty roads in the snow.

The Fridge is Red encourages you to get lost. You can navigate a maze in four of the six chapters. It is also very vague as to what you should do. Although I am a strong enough girl to not need the book to hold my hand, a little guidance would have been helpful. It was the most difficult chapter. Every path leads to the gas station. But only one route will take you to where you need. This is simple enough at first. You are told by the attendant at the gas station where to go. The attendant tells you where to go, but then nothing.

The last section of the chapter was the most difficult. I was given "go here" as an objective and I just drove down the roads until I found the one I wanted to take. It takes me a while to get back to my gas station. The scenery is repetitive and there isn’t even a radio. It was a thrilling chapter that I finally got to, and it was a relief to complete it.


Appliances are my top source of advice.

The Fridge is Red feels like a lot scenes that look great in a trailer that isn’t really interesting to play. Its puzzle design is simple. You just need to find a bunch of things to rub on each other. Adventure games can be fun, but it doesn't feel like such an overwhelming chore. The Fridge is Red's attempts to link in the horrors and mundanity manages to make it feel routine.

The Fridge is Red can take you to great heights, but it's often hard to see the good in your lowest points. Sometimes it seems like the main obstacle to the game is trying to figure what it wants. You need to decide what order, which direction, and what interpretation. This vision is definitely possible, but it must be coupled with consideration for the experience.

Did you miss our previous article...
https://247gamingspot.com/reviews/review-the-elder-scrolls-v-skyrim-anniversary-edition-and-another-one