Netflix's The Sandman is an excellent ad for Sandman comics

> Photo: Liam Daniel/Netflix It’s the best adaptation we could ask for Television in the streaming era is a beast with a voracious appetite. It .. 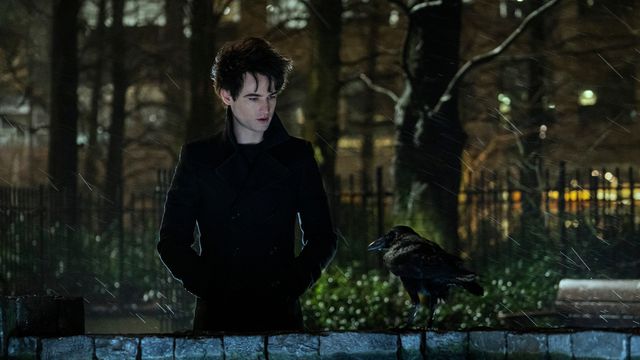 It’s the best adaptation we could ask for

Television in the streaming era is a beast with a voracious appetite. It must constantly be fed entire series, seasons, cinematic universes all at once, merely to be sated for a weekend. The need to attract subscribers is paramount, and there are only so many stories in the world to tell them. Fueled by this business-oriented need to reduce art to chum — or content, as it’s called now — adaptations of beloved works in other media have been made at a dizzying rate of late, as projects that previously languished in development hell have suddenly found all hurdles removed from their path.The Sandman — the acclaimed 1989-1996 comic book series created by Neil Gaiman, Sam Kieth, and Mike Dringenberg — was one of those projects. Largely considered unfilmable thanks to its serial nature and surreal visuals as lovingly depicted by a bevy of artists who would carry the story of Dream forward after Kieth and Dringenberg departed the series, a screen adaptation constantly failed to materialize despite many efforts beginning in the 1990s. Decades later, The Sandman has finally been translated to flesh and blood as a Netflix series developed by Gaiman himself alongside David S. Goyer (Batman Begins) and Allan Heinberg (The O.C., among other things). Its arrival immediately presents two questions: Did the cynical need for content grist bring it here as a shell of what it could have been? And will it prove those who hold the comic, a singular work of the medium, as “unadaptable” correct? The good news is simple: They pulled it off. Netflix’s The Sandman is perhaps the best imaginable TV version of the comic book. The series is faithful to the source material on a Peter Jacksonian level while also making some needed compromises for its new medium. For comic readers, those compromises are discordant notes that may be hard to ignore in a show that is otherwise a pleasing revisitation of an old favorite. For those coming to the show fresh, they’ll find a strange and listless series that moves with odd rhythms and eschews traditional conflict. It’s a story that takes time to make a case for itself, but enthralling if you stay awhile.

Image: NetflixThe story begins with shocking abruptness. Wealthy amateur occultist Roderick Burgess (Charles Dance) assembles the last few objects with bad vibes he needs to perform a ritual he hopes will grant him immortality. In one of many moments where The Sandman assumes familiarity with its story, Roderick’s scheme is only detailed in passing: He hopes to imprison the personification of Death and force them to do his bidding. Instead he captures Death’s brother, Dream (Tom Sturridge), the king of dreams known by many names — including the Sandman — and imprisons him, hoping that he can wear Dream down into giving him what he wants. After nearly a century of imprisonment, with Burgess’ son taking over as his warden when Roderick dies, Dream escapes during a moment of carelessness, and The Sandman takes shape. The first half of the season follows Dream as he rebuilds himself, serving as an introduction to the world. As Dream gathers relics of his power, The Sandman shows viewers the breadth of the show. There’s London past and present, the world of the Dreaming where all manner of fantastical and nightmarish beings reside, and even a trip to hell itself to meet Lucifer (Gwendoline Christie). Then, in the second half of the season, viewers are introduced to Rose Walker (Kyo Ra), a young woman who may inadvertently destroy everything Dream is working to rebuild. The Sandman is a remarkably faithful adaptation, which means the show shares its source material’s weaknesses: Namely, its opening arc does not make the best case for the story the viewer is embarking on. While it is refreshing to watch a fantasy series that does not feel the need to explain itself constantly, when The Sandman does explain itself, it’s in a blunt matter at odds with the contemplative nature of story, and it feels all the more dissonant. Much like the comics it’s based on, it’s not immediately apparent why you are being introduced to all of these characters (and you will be introduced to so many characters) and how they fit into the grand scheme of things. It may also surprise you to learn there is a grand scheme at play here, although the realization of that is entirely dependent on fickle Netflix greenlighting future seasons.

Image: NetflixTo the uninitiated, the revered status of the comic may make many of the series’ adaptation choices unintentionally funny. Dream, for example, is portrayed in the comic as a ghostly man with stars for eyes, an ethereal presence that can’t really be portrayed on screen without extensive makeup and perhaps some computer animation. In the show, he’s just a guy; Tom Sturridge is remarkably committed to believing he embodies the being you can see on the page. But in reality he is just a brooding, pouty Englishman — which isn’t necessarily a bad thing when you learn (not a spoiler) that he is but one of the Endless, with older and younger siblings that also personify abstractions like Death (Kirby Howell-Baptiste) or Desire (Mason Alexander Park).There are a bunch of little details like this that may or may not land with any given viewer. Patton Oswalt’s performance as a talking Raven named Matthew. Boyd Holbrook’s recurring role as the Corinthian, an escaped nightmare eluding and working against Dream, is also strangely pitched, effusive with charming menace but somewhat aimless on screen. Ultimately, The Sandman is effective as an alluring and sometimes odd advertisement for the comic book, which sounds like damning with faint praise but may actually be the desired outcome. Part of what made the Sandman comics so beloved is the way they were a haven for social outcasts and oddballs, a place where queer characters casually showed up with regularity at a time when that was a rarity. It was a work of alternative art published alongside the heteronormative corpus of DC Comics, growing in estimation until its counterculture leanings effectively became the culture — an ambition that was always there, as Sandman would grow to become a story about all stories, from Shakespeare to ancient Greece to superhero comics. Dreams, after all, are what stories are made of.

Image: NetflixNetflix’s The Sandman cannot be that. In spite of being the best possible version of a Netflix adaptation, it is still a Netflix adaptation — a project that must hew to the limitations and aspirations of the platform, to create a bingeable experience with potential to become a monster hit. All of the ways this might compromise the original work is already present in this series — visually, tonally, and structurally. Netflix’s The Sandman, as faithful as it may be, is still an adaptation with the roughest edges smoothed off, a dark fantasy that’s never that dark, a fable that explains just a little too much. That’s the trouble with trying to bring dreams to life. The reason they stay with you isn’t the parts you see clearly, but the images that linger just out of reach, so real yet impossible to describe, a vapor no one but you knew was there. The Sandman’s first season is now streaming on Netflix.
Did you miss our previous article...
https://247gamingspot.com/reviews/recipe-for-disaster-review-an-appetizing-restaurantmanagement-sim