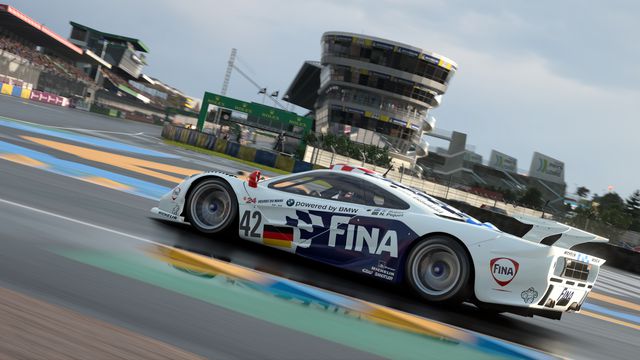 As a splash screen reminds you when you boot up Gran Turismo 7, this is the 25th-anniversary year of Sony’s flagship PlayStation racing game. It’s also been more than eight years and one whole console generation since we last saw a mainline, numbered entry in the series, the 2013 PlayStation 3 swan song Gran Turismo 6. These long spans of time loom large over the new game. Maybe they explain why it’s so preoccupied with legacy.In the quarter century since “the real driving simulator” became a sensation with its involved physics and grainy photorealism, our relationship with cars has changed. Climate change has forced a reevaluation, and the internal combustion engine is on the way out. Can cars even be cool in 2022? “You won’t find as many people talking about car culture anymore,” director Kazunori Yamauchi said recently, adding that GT7 had been built with this new reality in mind.Our relationship with racing games has changed, too, in the years since Gran Turismo 6. Back then, its main competitor was the Forza Motorsport series, which was made in GT’s image. Today, an upstart spinoff from those games has become a popular phenomenon by putting vibes first and borrowing the design of open-world adventures, culminating in the magnificent Forza Horizon 5, in which the cars — and the racing — were only part of the point. 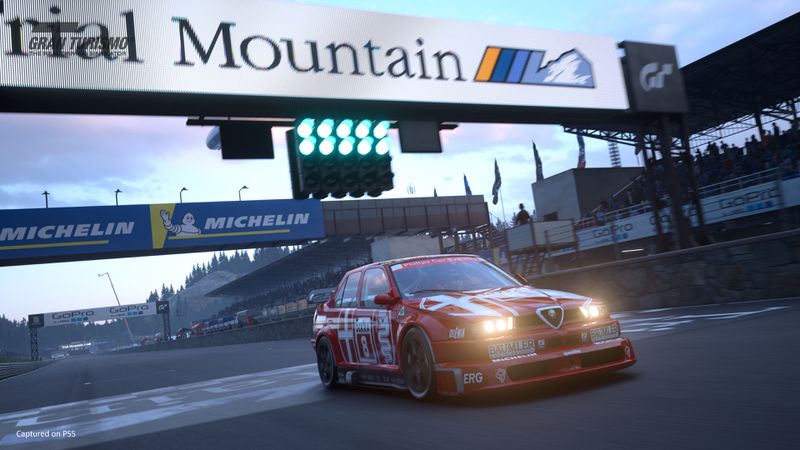 Image: Polyphony Digital/Sony Interactive EntertainmentIn 2017, though, developer Polyphony Digital looked to the future with Gran Turismo Sport, a multiplayer-first, live-service-inspired detour. It got many things right, not least the way it brought driver and safety rating systems from hardcore simulator iRacing into a more approachable arena. But it launched as a slender shadow of what the public expects of a Gran Turismo game; a traditional single-player campaign was only patched in as an afterthought, and many GT features, including the car modification system that has always been a hallmark of the series, never made it in.This is the world Yamauchi and his team strive to confront in Gran Turismo 7. They seem to want it to be the Gran Turismo that fans remember, with all the features they love. They want — quite desperately, it seems — to get people excited about cars again. They want this all-encompassing series to carry all its baggage, plus over a century of motoring history, into the future.It’s a testament to their enormous skill and passion that they largely succeed. Despite its big ambitions and wealth of content, Gran Turismo 7 always feels slick and manageable, and it’s a treat to see Polyphony bring its renowned technical gloss to the PlayStation 5. But still, it’s not what you would call light on its feet. At times it seems hemmed in by tradition, and at others, held back by a heavy guiding hand. 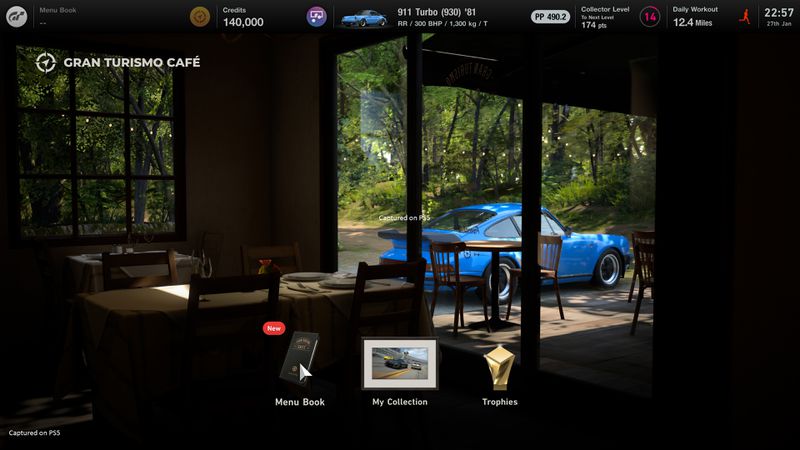 Image: Polyphony Digital/Sony Interactive EntertainmentThat’s not to say it’s without the eccentric flights of fancy that have long livened up a series with an undeserved reputation for dryness. (GT6, after all, took you to the surface of the moon.) Before you even see the main menu, Gran Turismo 7 throws you into a round of Music Rally, a hilariously gauche new time-attack minigame in which you try to cover as much distance as possible in the length of one song. As if making a play for the lucrative octogenarian demographic, Yamauchi’s opening gambit is to sit you behind the wheel of a 1956 Porsche to the strains of “Hooked on Classics (Parts 1 & 2).” The next round has you buzzing around Tokyo in a tiny Honda while Idris Elba raps at you. It’s the exact opposite of cool, but it’s very charming.Once in the game proper, you are introduced to another GT7 innovation, the GT Café. Here, while enjoying the relaxed ambiance and smooth jazz, you pick up “Menus,” which are essentially quests that both gate and curate your progress through the game, gradually unlocking tracks, championships, and features, as well as rewarding you with cars. The Café is also where you fall into conversation (of a sort) with a collection of stock-art talking heads who are as eager to educate you on automotive history as they are to guide you around the game. Some of them are real-life car designers or GT players, but they all speak with the same stilted, awkward, yet strangely sentimental voice: the voice of Gran Turismo. (The voice of Yamauchi, perhaps.)The Café isboth a boon and a handicap for GT7. As a guided tour of the game and its garage of cars, it’s thoughtful, and a welcome contrast to the basic grid of events that previous GTs would unceremoniously dump on players. But as the main spine of the campaign, it’s linear and restrictive. It doles out unlocks at such a cautious, steady pace that you can be a dozen hours into the game before you truly have the freedom to just pick something you fancy driving and can find an event to suit. 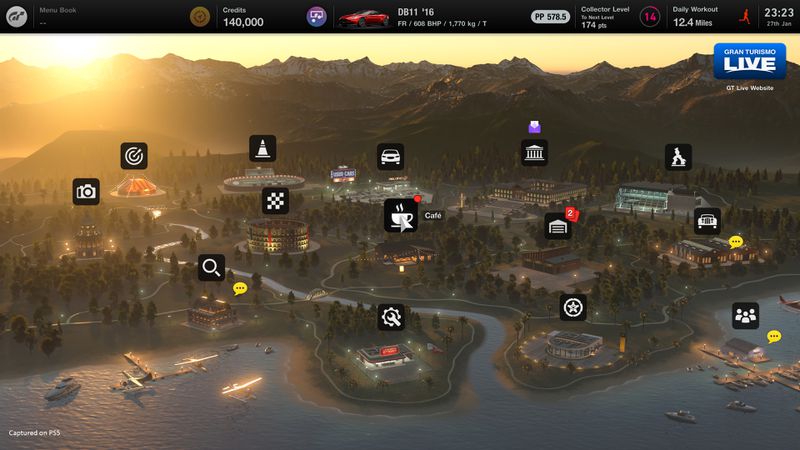 Image: Polyphony Digital/Sony Interactive EntertainmentThe economy has a similarly sluggish pace. The rate at which you earn credits feels slow, with many desirable cars remaining out of reach long into the game. It’s equally possible to blow most of your cash on tuning up your favored ride. Just keeping up with the entry requirements of events can necessitate going off-piste to grind for credits. (Gran Turismo has always had strong familial links to Japanese role-playing games, embracing concepts like grinding and overleveling that Western racing games usually seek to mitigate.) GT7’s economy seems cynically engineered to encourage players to buy credits from the PlayStation Store. On the other hand, needing to think about how you spend your money, and lusting for exotic cars that seem out of reach, can feel like a welcome corrective to the absurd “it’s raining cars” overabundance of Forza Horizon.On the track, though, this is quintessential Gran Turismo, boasting both exquisite technical refinement and a dedication to the same principles upon which the series was founded in the late ’90s. The handling model remains the best this side of PC simulators, blending credibility and approachability, with a tactile, “planted” feel that’s a world away from the theatrical drifting of Forza Horizon. The DualSense is Sony’s best controller for racing games yet, which has as much to do with its sturdy ergonomics as with its fancy haptic feedback. The adaptive triggers communicate the stiffness of the brakes and any loss of traction under the throttle, while the wide-ranging rumble brings the physicality of the car to life. Improved audio plays a big part as well, once again eschewing the heightened approach of other games in favor of something more muted — but also more communicative — especially when it comes to wind and tire noise. 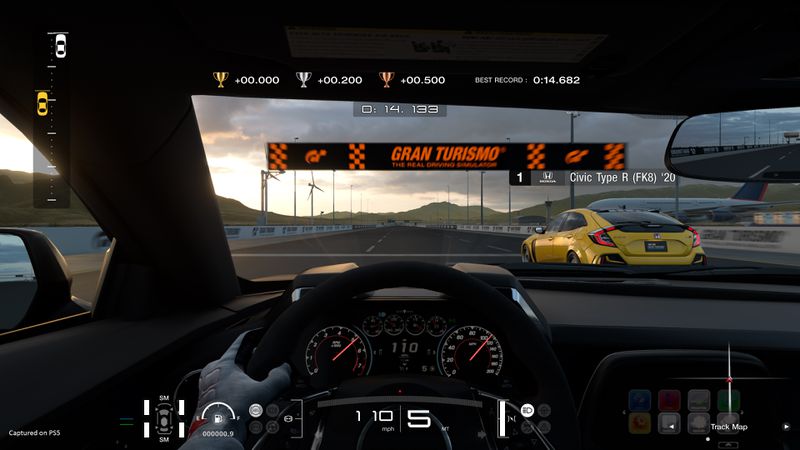 Image: Polyphony Digital/Sony Interactive EntertainmentPolyphony remains at the cutting edge of graphics rendering, too. Gran Turismo 7 is visually astonishing, be it in the ray-traced replays, the scarcely believable photo mode, or in the silky-smooth racing action, which boasts gorgeous dynamic time-of-day and weather transitions. At its best, the game can conjure an acute, utterly believable sense of time and place: I won’t forget chasing taillights through flickering fingers of fog as the sun went down over Australia’s Mount Panorama circuit.As a Gran Turismo fan who hasn’t had the full-fat Gran Turismo experience in eight years, I just want to gorge myself on all of this — which is why the overly patient hand-holding can grate. I want to bastardize perfectly good road cars into snarling, wide-bodied racing monstrosities, and use the new livery editor to plaster them with garish decals. I want to obsessively check the used car dealership in the hope that my favorite pre-2000s classics might show up. I want to browse rims and pointlessly wash my car and change its oil at GT Auto. I want to photograph the Eunos Roadster Mk1 (which I own in real life) in front of famous world landmarks in the Scapes mode. I want to read the paragraphs of scholarly detail included for every single vehicle in the car collection. I want to chase golds in the stern License Tests and, even better, in the wonderfully varied Mission racing scenarios, which have made their return from GT Sport.But does any of this make sense, in 2022, to someone who doesn’t already belong to the church of Gran Turismo? It’s luxurious but also highly specific, both to a love of cars and to the subtly off-kilter, defiantly uncool culture of Gran Turismo itself. The guiding principle holding it all together is Yamauchi’s quixotic mission to preserve, curate, and evangelize all of car culture — a mission he’s been pursuing in earnest since at least 2004, when he included the 1886 Daimler Motor Carriage (among other curiosities) in the sprawling Gran Turismo 4Gran Turismo 7 is probably the most complete expression of that urge yet. It’s authoritative, enthusiastic, and touchingly sincere, but also a bit stuffy and didactic and old-fashioned — like a favored oddball uncle cornering you at a family gathering. 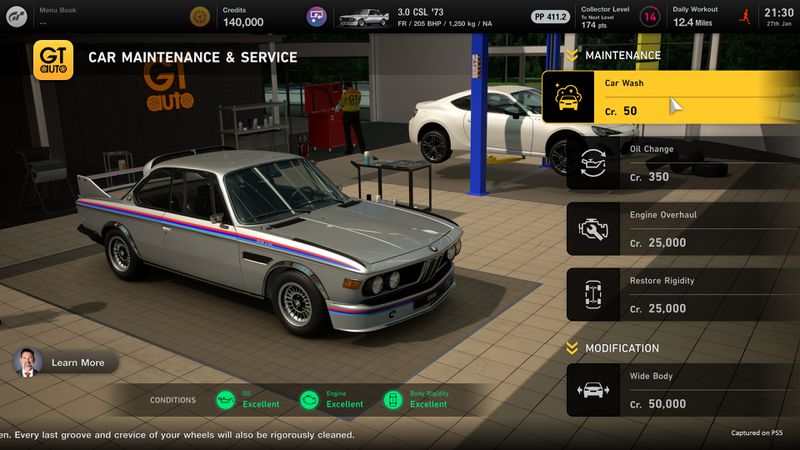 Image: Polyphony Digital/Sony Interactive EntertainmentSo it’s important to highlight that Gran Turismo 7 also includes the multiplayer Sport mode after which GT Sport was named. It’s only been possible to do limited testing ahead of the game’s launch, but it already seems safe to assume that it will continue to be leagues ahead of any other competitive racing experience available on consoles. Though hardly a casual mode, it is far more approachable for players of average skill (like myself) than the PC sims. Yet it captures everything that makes those sims great: the fairness, the sportsmanship, and the exciting sense of event that builds around each race through qualifying and warmup periods. (There are simple online lobbies, too, as well as casual hangout spaces, and even a two-player local split-screen mode.)If it’s ever tempting to think that Polyphony has been left behind by the times, we should remember that the Sport mode is its greatest achievement of the past decade, and that it remains without peer in its field. And if it seems striking that GT and its closest current mass-market competitor, Forza Horizon, now seem to be operating in different worlds — stylistically, philosophically, structurally — we should consider ourselves lucky to be able to enjoy two such distinctive approaches, both executed at the highest level. With GT7, Gran Turismo continues to be a glorious anomaly: a game made with different goals and to different standards than any other; a game made in service to a singular, individual vision; a game that’s all science and engineering on the outside, and all history and heart within. Gran Turismo 7 will be released March 4 on PlayStation 5 and PlayStation 4. The game was reviewed on PS5 using a download code provided by Sony Interactive Entertainment. Vox Media has affiliate partnerships. These do not influence editorial content, though Vox Media may earn commissions for products purchased via affiliate links. You can find additional information about Polygon’s ethics policy here
Did you miss our previous article...
https://247gamingspot.com/reviews/olliolliworld-review-video-days-game-informer