FIFA 23 marks a remarkable change in pace for the franchise

> Image: EA Vancouver/Electronic Arts Players are as fast as ever — when they have to be — as motion capture gets more lifelike Pace is pretty..

Pace is pretty much everything in FIFA 23. In fact, it was the first thing I noticed, even in — maybe especially in — my first match.Though FIFA 23’s HyperMotion 2 system of motion capture and machine-learning is by definition an iterative work, complete with a buzzy marketing term applied to it, it’s not an incremental one. By capturing, analyzing, and processing more 11-on-11, 90-minute real-world soccer matches, EA Sports is selling FIFA 23 as a game where players have, if not greater control over the ball, then at least a greater understanding of how their on-screen footballer can manage it. Average or lesser players might have a lot of speed, but with poorer dribbling ratings, they will waste a lot of energy keeping control of the ball, slowing their pace noticeably. Forwards, however, especially the superstars, can turn on the afterburners and burst into the clear like never before. It’s exhilarating, but also a little embarrassing, to realize, Jeez,I could have done that all along.Last week I spoke to Kantcho Doskov, FIFA 23’s gameplay director at EA Vancouver, and asked him for the four or five things I should notice first in a series whose improvements are frequently subtle. This kind of control and pace, and its differentiation among players, was at the top of Doskov’s list. “There are so many more subtleties in gameplay that you’ll feel over multiple matches, or after a while,” he said. “But that’s the big first one that you’re going to notice.”He’s right. Even if the game feels slower on the whole, the defense will still swarm you if you’re not thinking ahead to build up your attack. But a fortunate through-ball to your striker is deadlier than ever, and can turn the 39th minute in a 0-0 game into a desperate and legitimately pivotal moment for either side.“This is just the fundamental dribbling, basically,” Doskov said, meaning explosive moves are possible on the left stick alone, without using other modifiers or commands on a gamepad. “It’s not just changing directions. […] It’s about changing speeds. We see the best footballers doing this; they start, they sort of slow down, and then they explode into space.” 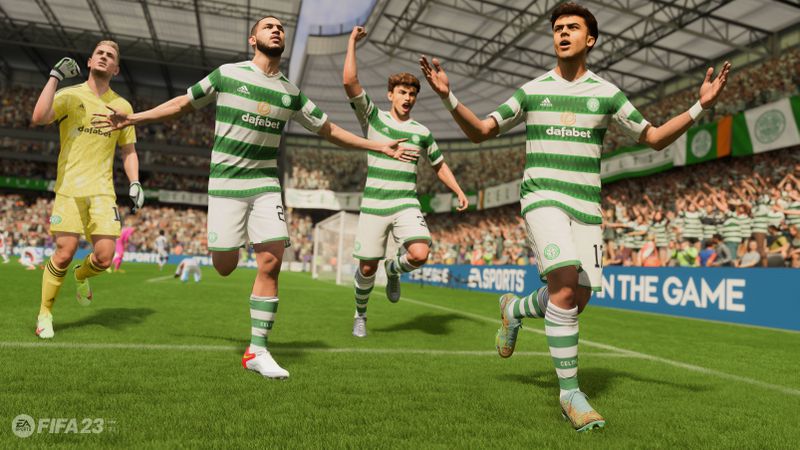 Image: EA Vancouver/Electronic ArtsThe summary feeling I have, after more than a dozen full matches in HyperMotion2, is that players’ strengths and weaknesses are more apparent, whereas in previous FIFAs it felt like their performance was still moderated by the role they played on the field. This makes player management decisions, particularly in FIFA Ultimate Team, more meaningful. It also adds some necessary depth to developing certain parts of the skill tree in the Be a Pro single-player mode.For all of the oily sheen that FUT’s microtransactions and calls-to-action leave on that mode, it is still a great testbed to learn how the new game performs, before I head off to my “real” playthrough in the career modes, where of course I want to do everything perfectly the first time. In FUT, I typically look at my best 11 players by overall rating, and then find a formation that gets them on the field. The gameplay changes in FIFA 23 now mean that’s not such a great idea. If I have three outstanding forwards or strikers, but midfielders who are lousy-to-meh at getting them the ball or maintaining possession, it might be better to beef up my back line and play a more defensive game, even if their overall play isn’t as flashy — especially for full matches or at higher difficulty levels. My point here is that HyperMotion 2’s benefits aren’t just on the pitch and in the feel of the gamepad; they make my managerial choices more deliberate and immersive, too. Dedicated players may feel no choice but to spend extra to develop a team that truly exemplifies their skill and play style. But regardless, a streamlining of Ultimate Team’s often-inscrutable “chemistry” system means players can get more value out of the cards they do have in FIFA 23. In previous editions, chemistry depended not only on players sharing a trait (like being from the same nation or professional club), they also had to be adjacent to one another in the formation you chose. That physical connection requirement is gone, which both lowers the overall chemistry one can attain (to 33, from 100) while increasing the likelihood your Ultimate Team club can max it out.The chemistry changes also mean that great players like Kylian Mbappé (whom everyone gets on loan for five matches to begin Ultimate Team), who otherwise have zero chemistry with the rest of the club, don’t get hit with a chemistry penalty. That’s actually a consumer-friendly change, in that it lets players use the best players they’re packing. If they do head to the auction house or transfer market, they can add a sentimental favorite to their club without buying up a bunch of other guys to get him to full strength. 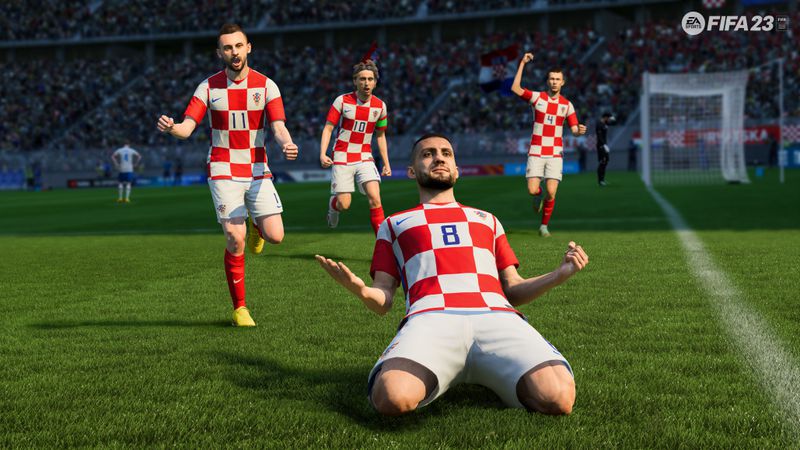 Image: EA Vancouver/Electronic ArtsFUT’s new Moments — bite-size challenges rather than full matches — are also a useful showcase for some of the new gameplay changes, and indeed they are organized almost like a tutorial. One in particular spotlights the new targeting system on free kicks, where players can choose what part of the ball they want to hit, to curl it around, over, or even under the defensive wall. There’s a “power shot” challenge, too, which highlights a new, charged-up shooting command (holding both bumpers) that can land spectacular goals from well outside the goal box. That risk-reward capability — you really need to be in the clear to charge up such a shot, as well as to aim it precisely — is another match-one signal that FIFA 23 is a more involved game than last year’s.All these modifiers, and moments, and other bells and whistles notwithstanding, FIFA 23 doesn’t feel any more given to big plays, or indulgent of players who attempt them inconsiderately. This has been a common criticism in the past, or at least an unfavorable comparison to the more technically precise Pro Evolution Soccer, back when that franchise wasn’t a disaster. I found as much success building up my attack as I did bombing everyone forward and launching crosses in hopes one would land. On defense, there’s a new “partial team press” which brings over more than one defender, but not the whole club. Used in concert with more accurate tackling (both standing and sliding), it started a few blink-of-an-eye counterattacks for me in Ultimate Team. That’s never been my style of play before, but it is now.The gameplay changes, which are the most meaningful improvements among FIFA 23’s additions because they serve all modes of play, don’t just give me more things to do, or moves to memorize on my gamepad. By opening up new ways to exploit my team’s strengths, they actually tell me I’m better at soccer — video game soccer — than I give myself credit for. Of all the things I noticed in FIFA 23 right out of the box, that might have come last. But it mattered the most. FIFA 23 launched on Sept. 30 on Google StadiaPlayStation 5Xbox Series X, and Windows PC; versions lacking some of the features in this review also launched for Nintendo SwitchPlayStation 4, and Xbox One. The game was reviewed on PlayStation 5 using a pre-release download code provided by EA Sports. Vox Media has affiliate partnerships. These do not influence editorial content, though Vox Media may earn commissions for products purchased via affiliate links. You can find additional information about Polygon’s ethics policy here
Did you miss our previous article...
https://247gamingspot.com/reviews/review-potion-permit-a-greatlooking-life-sim-that-eschews-both-farmwork-and-challenge