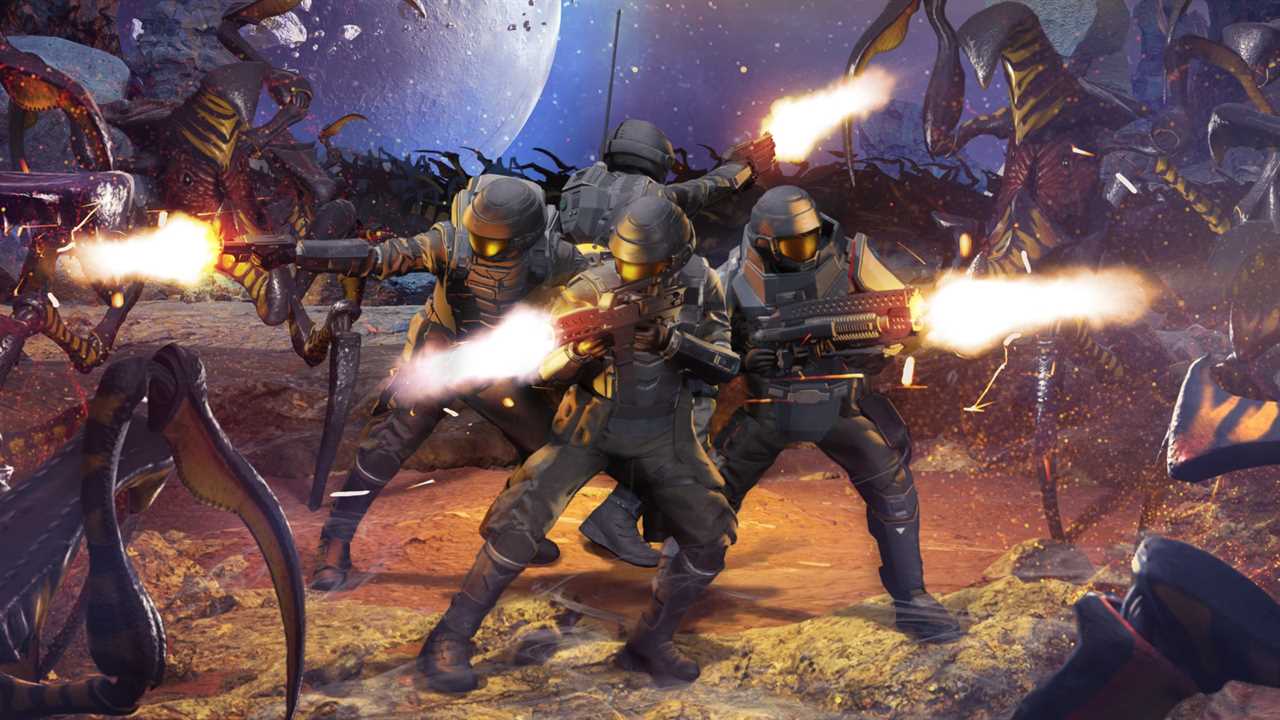 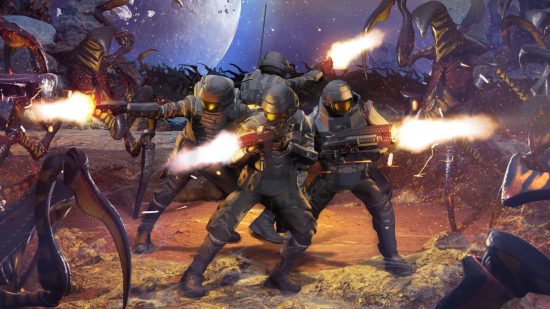 Starship Troopers: Extermination is a co-op game in which you’ll play as one of up to 12 soldiers, broken up into squads of four, on missions to eradicate the alien menace on the planet Valaka. Offworld Industries says you’ll have to balance combat with gathering resources and building up your base fortifications before ultimately extracting from the area on a dropship.

You’ll have your choice of three playable classes: assault, support, and defence. Working together, you’ll have to fend off bugs while building walls, towers, ammo stations, and more. Each class has its own progression path, with new weapons and perks to unlock as you complete missions.

When Early Access kicks off in 2023, you’ll be facing five types of bugs on the planet’s surface: drones, warriors, gunners, plasma grenadiers, and tiger elites. The tougher enemies show up as battles escalate, and all this takes place on a large map with five separate zones.

Offworld Industries says it’ll have more to share about Starship Troopers: Extermination before long, and until then, you can check out our list of the best survival games on PC to hone your skills.


Did you miss our previous article...
https://247gamingspot.com/news/gigabyte-confirms-nvidia-geforce-rtx-470-ti-accidentally