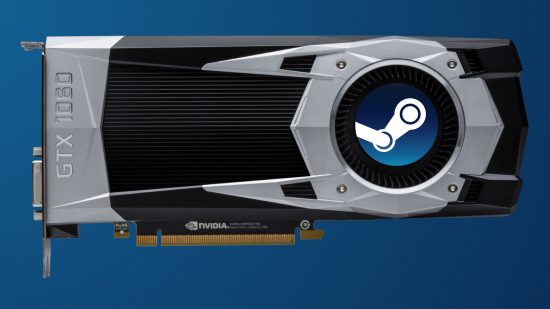 Samuel Willetts >Published: Dec 2, 2022 09:30 ET >Gaming hardwareNvidiaDespite its age, the Nvidia GeForce GTX 1060 has remained the most popular GPU among Steam users for the last several years. However, nothing lasts forever in the ever shifting PC gaming space. Now, six and a half years after its release, the Pascal pixel pusher has finally been toppled from its place at the top.

Since its launch and even today, the GeForce GTX 1060 has proven itself to be the best graphics card models for anyone looking for a decent 1080p experience. Now available on the used market well below its $249 MSRP, it remains a great value option if you don’t mind forgoing ray tracing or Nvidia DLSS. With this in mind, it’s no surprise that it’s held on to its popularity, especially in the face of GPU shortages.

Strangely, the GTX 1060 hasn’t conceded ground to a more powerful graphics card. Instead, the GeForce GTX 1650 now finds itself somewhat surprisingly at the head of the pack, the pixel pusher now powering 6.05% of Steam user’s PCs. Meanwhile, the 2060 and 3060 lag behind in third and sixth place, respectively.

There’s still no sign of the RTX 4090 or RTX 4080 in the Steam Hardware Survey, suggesting that neither GeForce GPU appears in more than 0.15% of systems running Valve’s storefront. This is likely due to their price, and it’s for this same reason that we’ll likely not see the AMD Radeon RX 7900 XT or 7900 XTX appear in next month’s set of data.


Did you miss our previous article...
https://247gamingspot.com/hardware/company-of-heroes-3-system-requirements